How to create a hierarchical IPv6 addressing plan

This document describes how to design a hierarchical IPv6 addressing plan on the basis of an example of a multinational organization with the help of the free online Hierarchical Addressing Plan Builder.

Some goals of such a mixed approach are:

The organization consist in one campus in New York, two campi in Berlin and 10 offices in different cities in North-America, Europe and Asia.

A hierarchical structure for the organization could consist in:

When we associate the organizations topology with the different levels we get the following table:

In the first step we need to define what prefix length (how many networks) we want to use for every network level. In the second step we assign the organization's Locations to the different network levels and create the addressing plan. The addressing plan can be exported to CSV-format (coma separated value) which can easily be imported into a spreadsheet application or an IP address management (IPAM) system like GestióIP.

With the infrastructure above we need at least:

Access to the Hierarchical Addressing Plan Builder and calculate the from your ISP assigned address 2001:DB8::/32

The tool displays a list of possible level I networks.

The first number (2) is the number of possible networks, the second number (/33) the prefix length of the networks for this level.

We need at least 3 level I networks to map the actual topology (three continents: North America,Europe,Asia).

We need at least 5 level V networks for the buildings per campus.

We need at least 10 level VI networks for the different network environments per building. 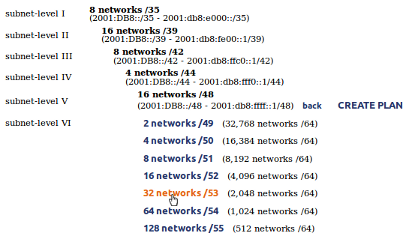 We need at least 351 level VII networks per network environment. The networks of the last level (networks which contains hosts) should always have a prefix length of /64. 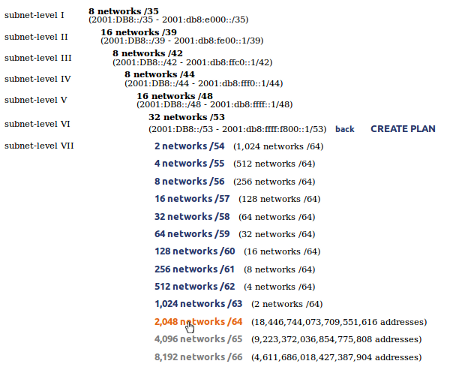 In the second step we map organization's topology to the different network levels and create the addressing plan. 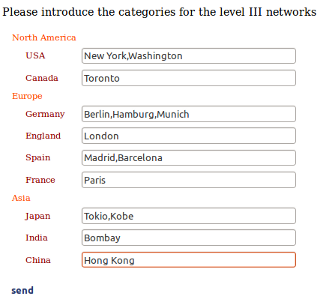 If there is just a single office and no campus in the city we use the office as level IV and as level V category. 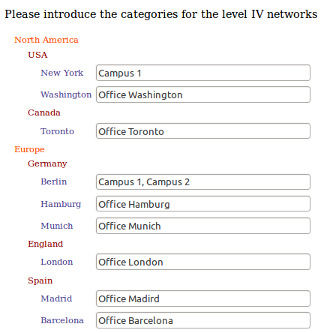 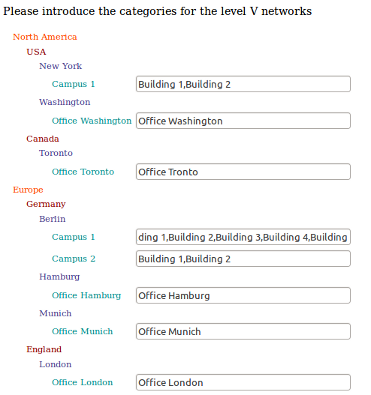 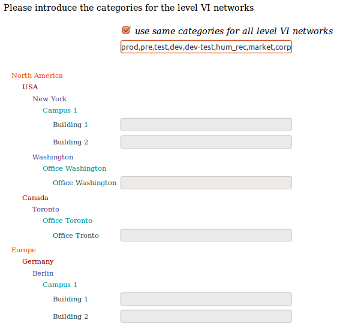 After you have determined how many networks should be created for every network level press "send" at the bottom of the page to create the addressing plan.

The addressing plan will be presented in form of a list. 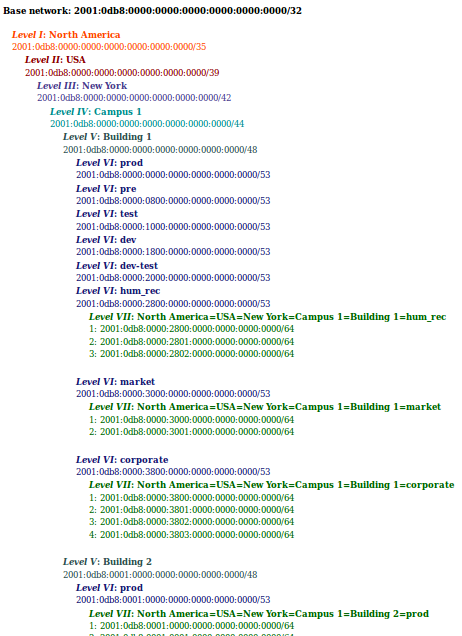 Note: only the first 20 /64 (last level) networks will be displayed in this view. Use the "export" button at the end of the page to export the entire IPv6 addressing plan.

And how can I recognize to which continent, city or network environment a network belongs to?

Table 2 shows the distribution of the significant bits for all levels:

As you see in the table, some four-bits-blocks of our example allocation scheme are significant for more than one level (assignments made on non-nibble boundaries). If you need that your address allocation scheme respects the nibble boundaries, assign only the following prefix lengths: ...28, 32, 36, 40, 44, 48, 52, 56, 60, 64 (prefix length divisible by 4). That would make sure that the significat bits always appear in blocks of four bits (a prefix length of e.g. /32 means, that you use the first 32 bits of the IPv6 address for the prefix part).

Table 3: Example of an allocation scheme that respects the nibble boundaries

It's possible to export the IPv6 addressing plan to CSV format which can be imported with a spreadsheet application (e.g. Libre Office Calc, MS Excel). Click "export" to export the addressing plan. Open it directly with a spreadsheet application or save it to your disk. Choose "Comma" as separator and UTF-8 as character set when importing the CSV file. 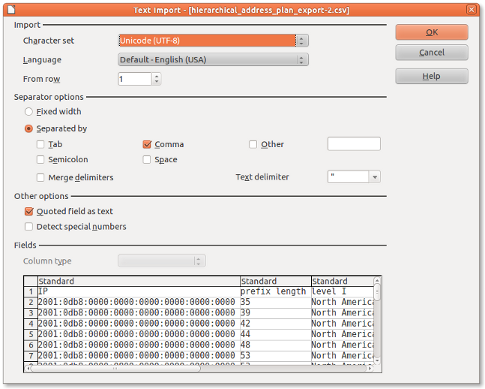 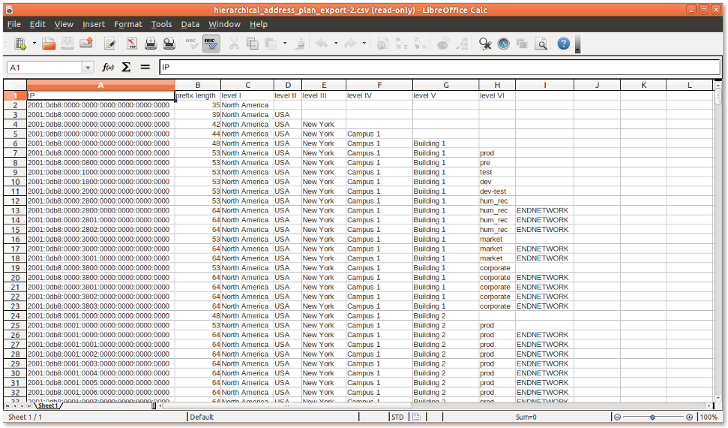